I included a copy of an illustration from the IPCC’s approved Summary for Policymakers for AR5 in my post IPCC Still Delusional about Carbon Dioxide, which was also cross posted at WattsUpWithThat. 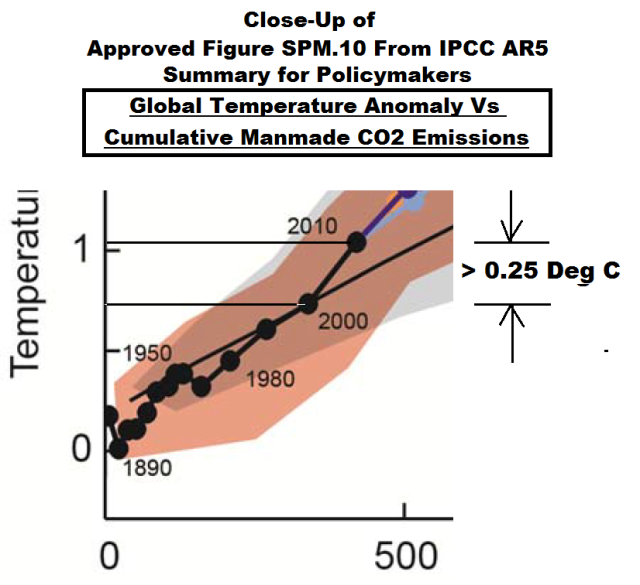 The illustration was their Figure SPM.10.  I’ve included a close-up view of Figure SPM.10 as my Figure 1.  See the problem?

Where did they find the temperature increase between 2000 and 2010? 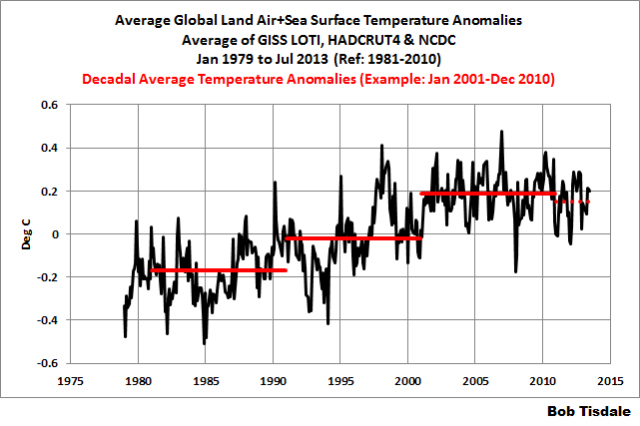 [Note: Because I was bound to be asked, I also included the average global temperature anomaly for period beginning in January 2011 and ending in July 2013 as the dotted red line—though I would not get all excited about it because we’re only a couple of years into the decade.]

Additionally, Figure 3 presents annual HADCRUT4 global land+sea surface temperature anomalies from 1861 to year-to-date 2013. I’ve used the same base years (1861-1880) as the IPCC claims to have used for their Figure SPM.10. I’ve also included horizontal lines for the average temperature anomalies for the decades ending in 2000 and 2010. Note that, according to the HADCRUT4 data, with the base years of 1861-1880, it has an anomaly of 0.7 deg C for the decade ending 2010—not over 1.0 deg C, as shown in the IPCC’s Figure SPM.10. 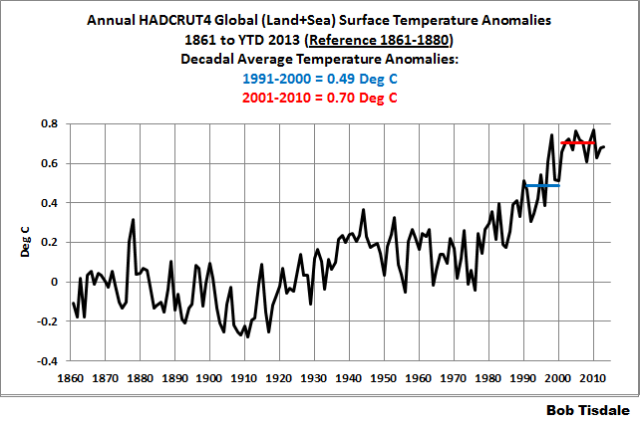 Curiously, in the Second Order Draft of the Summary for Policymakers, a similar illustration was presented as the IPCC’s Figure SPM.9 (my Figure 4). The global surface temperature anomaly for the period of 2001-2010 is shown with a STAR.  It’s significantly lower than shown in the approved version (my Figure 1), but it’s still reading high. 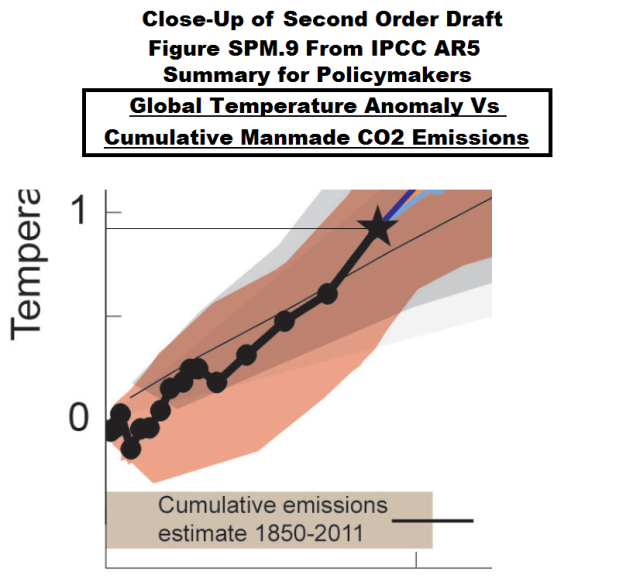 The IPCC report is supposedly the most widely peer-reviewed scientific document ever.  Looks like the peer-reviewers missed the errors in the IPCC’s portrayal of something simple and widely known—the instrument temperature record.

Research interest: the long-term aftereffects of El Niño and La Nina events on global sea surface temperature and ocean heat content. Author of the ebook Who Turned on the Heat? and regular contributor at WattsUpWithThat.
View all posts by Bob Tisdale →
This entry was posted in IPCC SPM AR5. Bookmark the permalink.