THE PAUSE, HIATUS, SLOWDOWN (WHATEVER) IN GLOBAL WARMING IS MORE PREVALENT IN THE SOUTHERN HEMISPHERE, YET MANN AND STEINMAN ET AL. FOCUSED ON THE NORTHERN HEMISPHERE

The opening paragraph in Michael Mann’s post at RealClimate reads:

No, climate change is not experiencing a hiatus. No, there is not currently a “pause” in global warming.

The initial topic of discussion is GLOBAL warming…and Mann’s perception that there is no pause in the surface temperatures GLOBALLY.

We focused on the Northern Hemisphere…

But it’s well known that the hiatus, the pause, the slowdown, etc., in surface warming is more prevalent in the Southern Hemisphere than in the Northern Hemisphere. If you aren’t aware of that fact, I’ll show you.

The year 1998 is commonly used for the start of the global warming slowdown, and Kevin Trenberth used 2001 in his article Has Global Warming Stalled? for the Royal Meteorological Society. (Also see my post Open Letter to the Royal Meteorological Society Regarding Dr. Trenberth’s Article “Has Global Warming Stalled?”.)  So we’ll present the data with both start years.  For the data, we’ll present the widely referenced, spatially complete GISS Land-Ocean Temperature Index (LOTI) data. 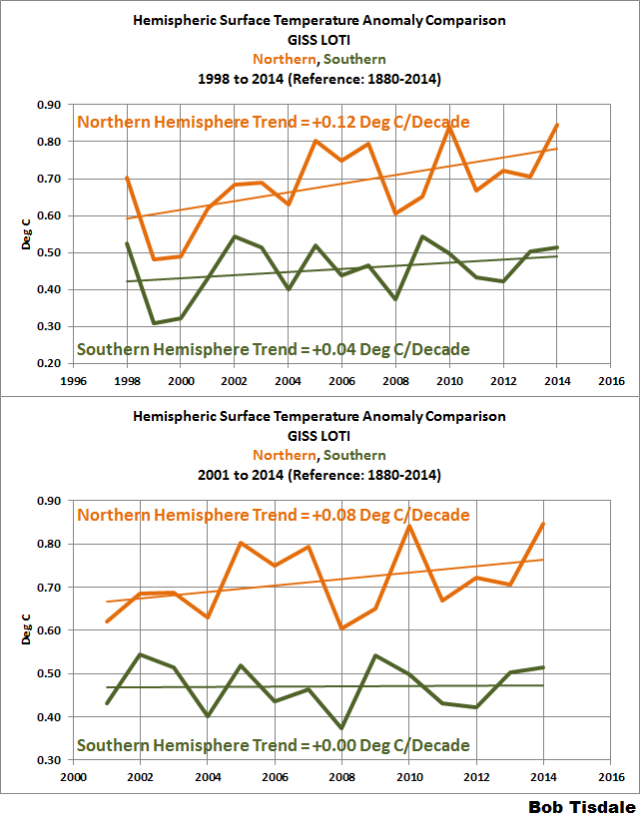 And for those interested, Figures 2 and 3 present model-data comparisons for the Northern (Figure 2) and Southern (Figure 3) Hemispheres for the two slowdown periods.  The models are represented by the multi-model mean of all of the climate models stored in the CMIP5 archive, with historic forcings through 2005 and RCP8.5 scenario forcings thereafter.  The data and the model outputs are available through the KNMI Climate Explorer.   We present the multi-model mean because it best represents the consensus, the groupthink, on how surface temperatures should have warmed if they were warmed by manmade greenhouse gases and the other forcings. In other words, the model mean represents the forced component of the models.  For additional information on the use of the model mean, see the post here.  (Also see the discussion of Estimates of the forced component under the heading of Materials and Methods in the Supplementary Material furnished with Steinman et al.) 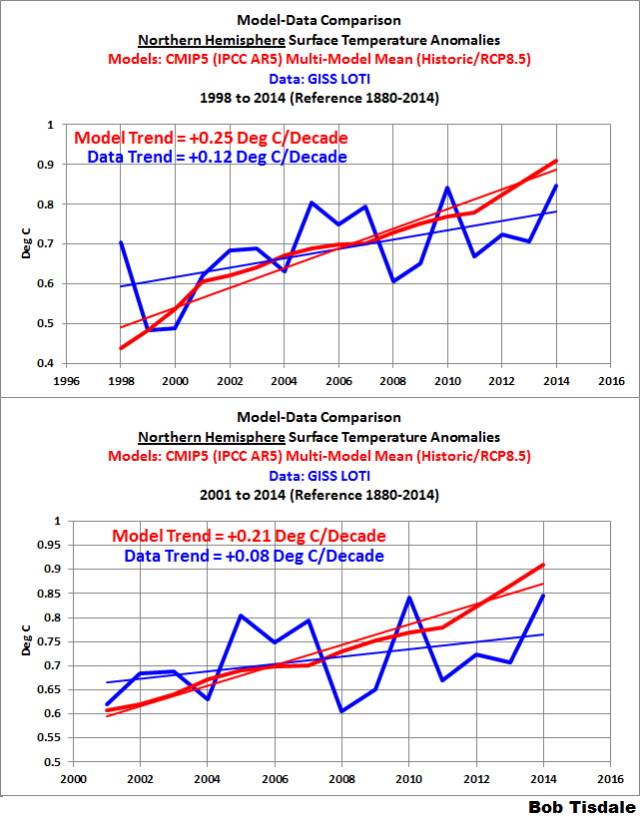 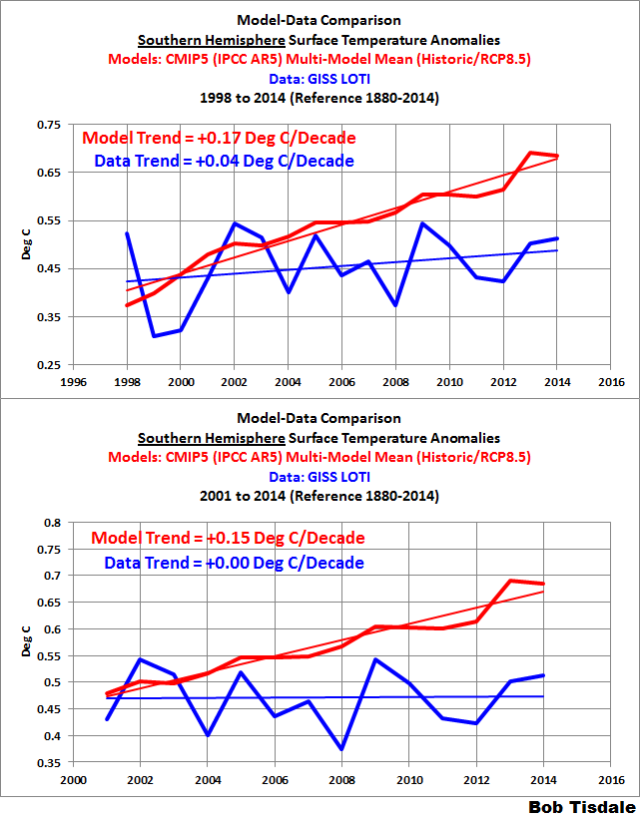 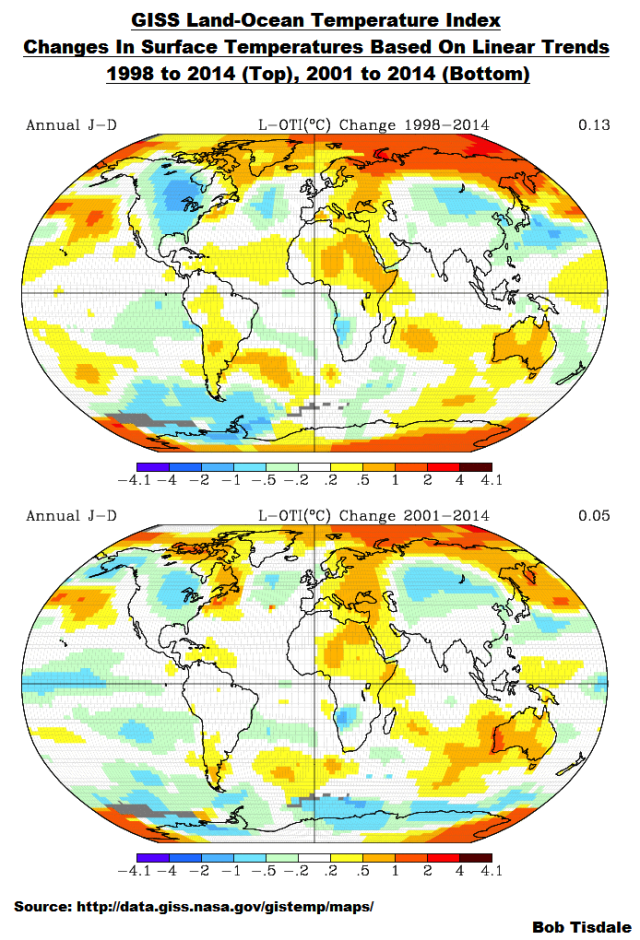 The Steinman et al. (2015) analyses do not explain the slowdown and stoppage of surface warming in the Southern Hemisphere…and, as noted in the earlier post, they had to redefine multidecadal temperature variability to try to explain it in the Northern Hemisphere.

The GISS LOTI data and the climate model outputs are available from the KNMI Climate Explorer.

Research interest: the long-term aftereffects of El Niño and La Nina events on global sea surface temperature and ocean heat content. Author of the ebook Who Turned on the Heat? and regular contributor at WattsUpWithThat.
View all posts by Bob Tisdale →
This entry was posted in Hiatus, The Pause. Bookmark the permalink.

4 Responses to Another Couple of Notes about Michael Mann’s “Faux Pause” Post and Steinman et al. 2015